Note: The PCON-CA / CFA Field Network Controllers has been moved to the Obsolete Products Archive.
Replacement models are listed in the Notice for Discontinuation of PCON-CA / CFA - October 2021 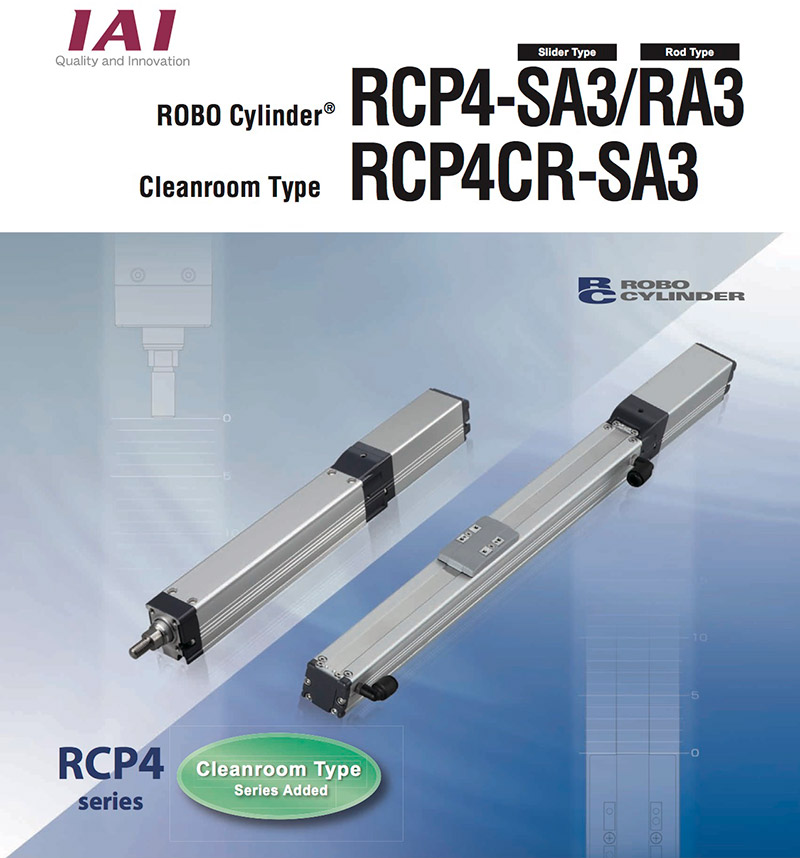 1.5 Times the Speed and Double the Payload

Shorter Takt Time Significantly Boosts
the Productivity of Your System

New Functions of the RCP4 Actuator

When the new controller (Power CON 150) equipped with our newly developed high-output driver (patent pending) is used, the maximum speed increases significantly by up to 1.5 times the levels achievable with IAI’s conventional models, while the payload is greater by up to twice (*). In addition, the maximum speed does not drop as much even when the payload increases due to increased torque with the high speed motor, meaning that dynamic performance equivalent to that of a higher-class model can be achieved at lower cost.
(*) The specific rates of improvement vary depending on the model.

From the current RCP2 series, we selected three slider types (SA5/SA6/SA7) and two rod types (RA5/RA6), which are among the most widely used actuators. We plan to add more variations in the future.

The total number of times the actuator has moved is counted and recorded in the controller, and a signal is output to an external device once the pre-defined count is exceeded. This function can be used to keep track of the production volume, utilization ratio, etc.

The total distance travelled by the actuator is counted and recorded in the controller, and a signal is output to an external device once the pre-defined count is exceeded. By using this function, you know when to add grease or perform periodic maintenance.

The calendar function (clock function) lets you add timestamps to the history of alarms, etc. This information is useful in troubleshooting, etc.

The takt time minimization function is a new feature added to the ROBO Cylinder PC software (Ver. 8.03.00.00 or later) and touch-panel teaching (model number CON-PTA). All you need is to connect the actuator to a controller supporting this function and enter the actuator model, load, etc., and optimal acceleration/deceleration and speed according to the load will be set automatically.

The first step to using the takt time minimization function is to set the model number of the actuator used and the load (mass) to be transported.

You can select a controller of one of two types: the positioner type where position numbers are specified by I/Os (input/output signals) from a PLC, etc., and the pulse-train type where the actuator is directly operated by sending pulses from a positioning unit. (Pulse-train controllers also support positioner operation using I/Os.)

Do you have any questions or comments about our products? Contact Us.