Application
A device for opening the door of a voltage inspection device for automobile electronic parts. 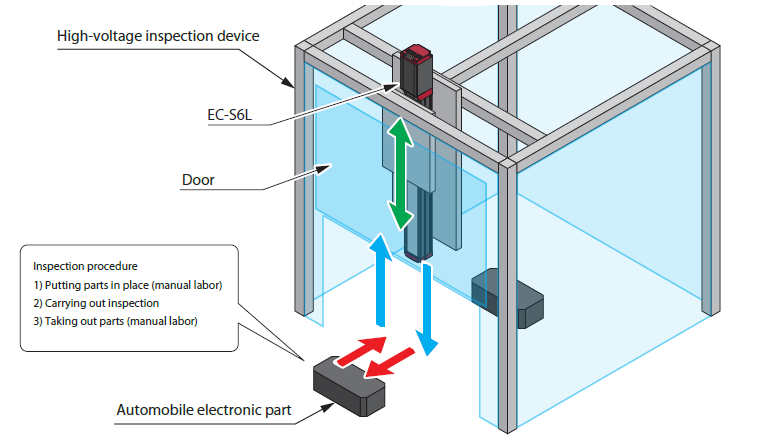 Description
From the designing stage, the inspection device was presupposed to employ an ELECYLINDER®. The following effects were confirmed:

1) Opening: high speed operation. Closing: easy adjustment for slow speed.
2) Four identical devices were manufactured. The same setting (values) were copied from the first one to the second one onwards, allowing quick start-ups.
3) Only electricity is used. No air source or piping is needed.
4) The light curtain makes the operation stop immediately, ensuring safety.

Model Number
EC-S6L     » more details
We use cookies on our website to give you the most relevant experience by remembering your preferences and repeat visits. By clicking “Accept”, you consent to their use.
Do not sell my personal information.
Cookie SettingsAcceptRead More
Manage consent